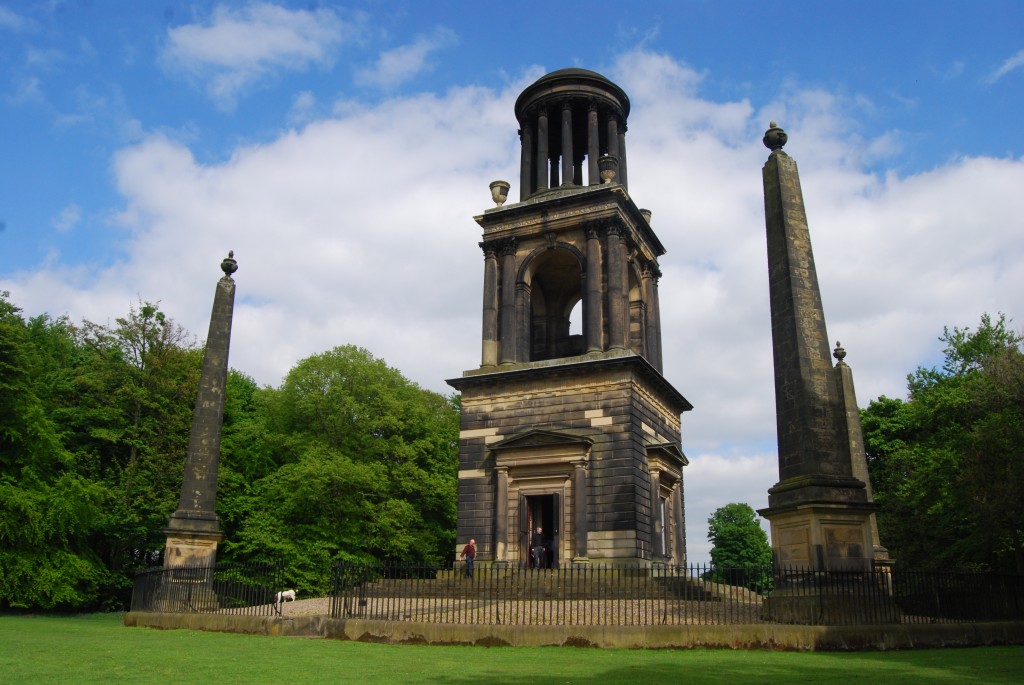 Charles, 2nd Marquis of Rockingham, who built Keppel’s Column, died unexpectedly in 1782, a few months after he became prime minister for the second time.

His nephew and heir, the 4th Earl Fitzwilliam, erected a great monument to him within sight of the front door of the mansion.

Designed, like Keppel’s Column and much else on the estate, by John Carr of York, the Rockingham Mausoleum isn’t actually a mausoleum.

Rockingham is buried in York Minster, so this memorial to the prime minister is in fact a cenotaph.

After years encased in steel to protect it from post-war mining, the Rockingham Mausoleum is now maintained the Fitzwilliam Wentworth Amenity Trust and opened to the public on Sunday afternoons in the summer:  http://www.wentworthvillage.net/monuments/the-mausoleum.