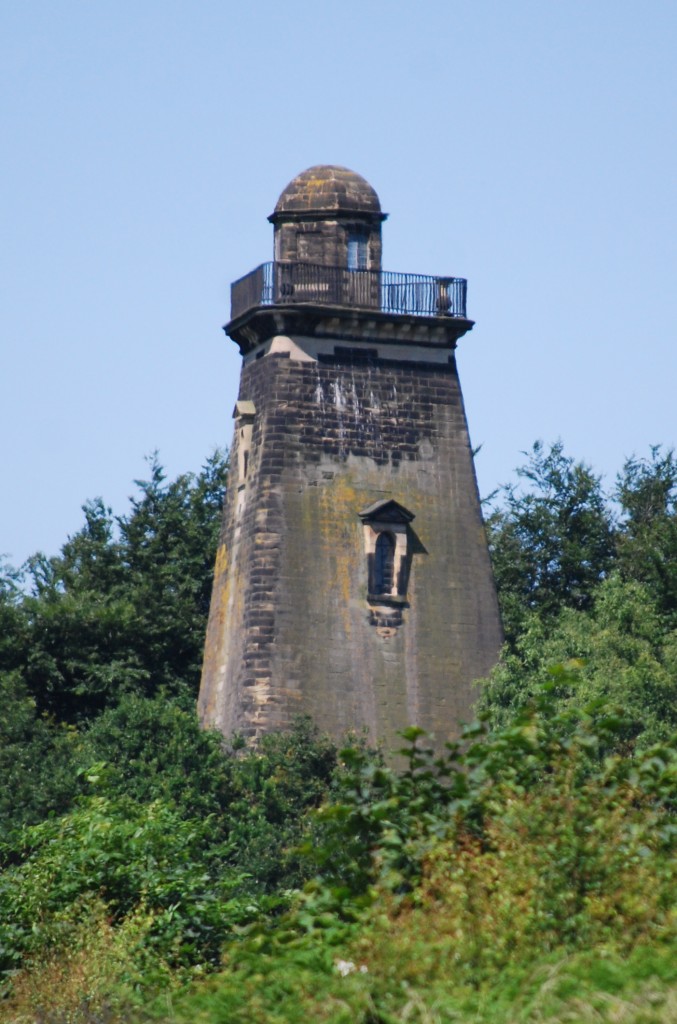 Hoober Stand is an intriguing building, whichever way you look at it.

It’s triangular in plan, pyramidal in profile, with a cupola at the top which always looks off-centre, though in fact it isn’t.

It ostensibly celebrates the victory of King George II at the Battle of Culloden in 1745, while also marking the elevation of the Thomas Watson-Wentworth, 1st Earl of Malton, to the superior title of 1st Marquis of Rockingham.

Like the later Rockingham Mausoleum, it is maintained the Fitzwilliam Wentworth Amenity Trust and opened to the public on Sunday afternoons in the summer:  http://www.wentworthvillage.net/monuments/hoober-stand.