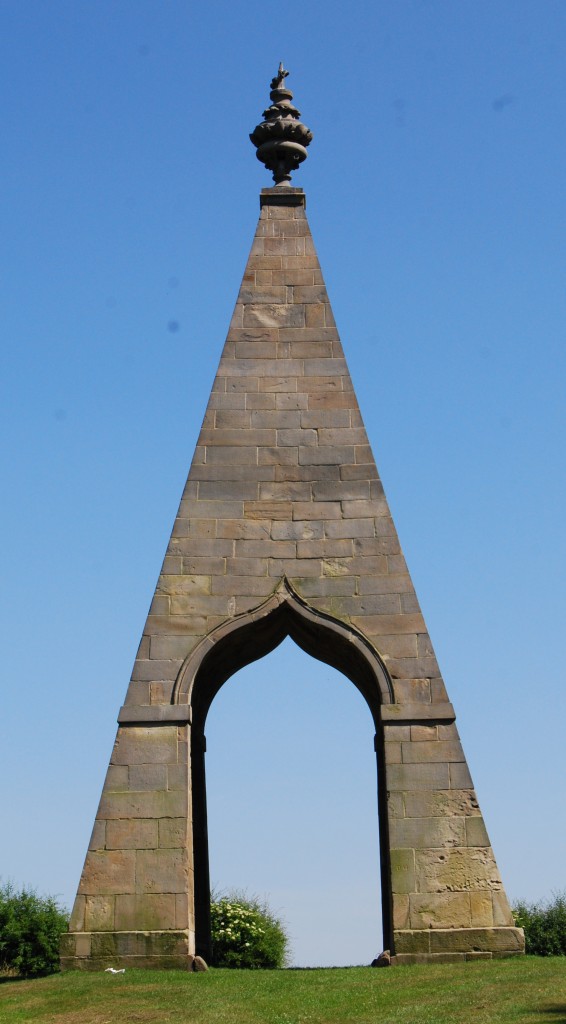 The most enigmatic of the Wentworth Monuments is the Needle’s Eye.

It is simply 45ft-high ashlar pyramid penetrated by an ogee arch sitting at the topmost point of a ride that runs in a direct line from the home-park gate to the distant Lion Gate at Rainborough, which was described on a 1778 map as “the coach road from Wentworth House to Pontefract”.

It’s a distinctive eye-catcher with no discernible purpose.

The story universally but vaguely told is that it enabled the second Marquis to win a wager that he could drive a horse and carriage through the eye of a needle, contradicting Matthew 19:23-26 (and also Mark 10:24-25 and Luke 18:24-25).

The nearest approach to firm corroboration of this likeable story is an account of the 7th Earl Fitzwilliam driving a gun carriage through the Eye at the time of the Great War.

If he did so he was probably also good at reverse parking.