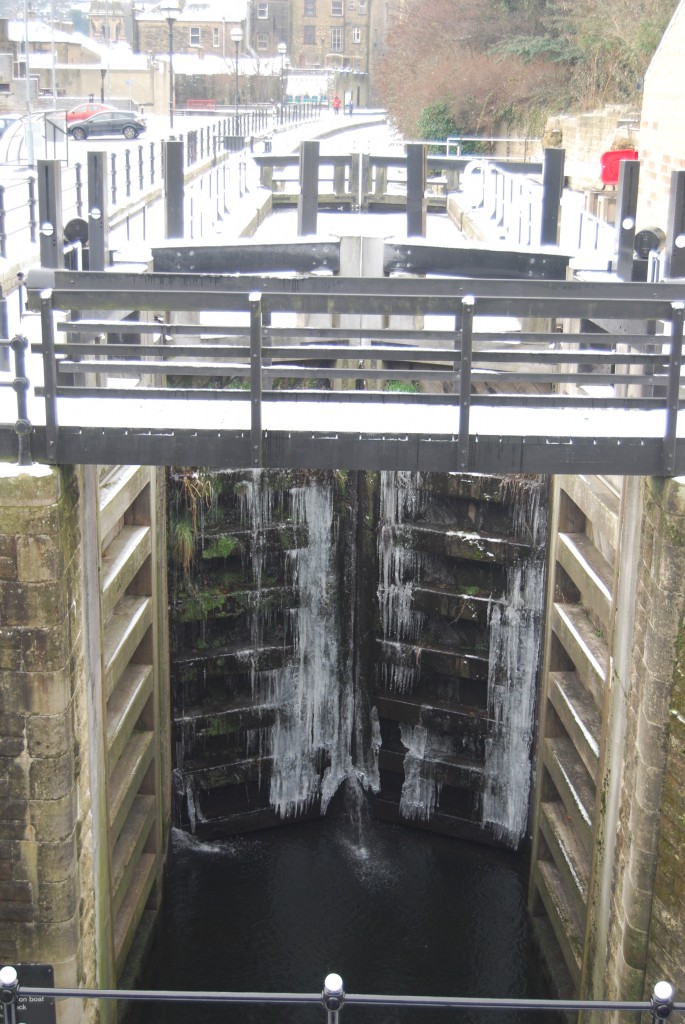 In the 1960s it made perfect sense to highway engineers to clear a bottleneck in the road through Sowerby Bridge by clearing away two locks of the Rochdale Canal.

After all, no boat had travelled along the canal since 1937, and it had been formally abandoned in 1952.  As a waterway, it couldn’t possibly be of any further practical use.

In fact, within a decade, after the safeguarding of the Ashton Canal which connects with the Rochdale, there were serious proposals to restore the Rochdale to link Lancashire and Yorkshire more directly than the remaining Leeds & Liverpool Canal.

Over nearly twenty years the Rochdale Canal Society invested energy, time and money – in practical and political terms – to bring back through navigation.

Tuel Lane Lock is numbered 3/4, because it replaces two in the sequence of ninety-two locks that end in Manchester’s Castlefield, and it’s 19 feet 8½ inches deep.  The major engineering challenge was to ensure that the lock could take the full-sized seventy foot barges that all the other locks on the canal were designed for.

The canal tunnels under the main A58 road, and boats are only allowed to lock through under the supervision of a professional lock-keeper.

It’s a major piece of canal engineering which demonstrates the thrust of the waterways preservation movement that first got underway in the 1960s.

The journey through the tunnel and lock at Tuel Lane is portrayed at http://www.penninewaterways.co.uk/rochdale/rc5.htm.

A different page of the same site leads to illustrations of other restoration achievements along the Rochdale Canal:  http://www.penninewaterways.co.uk/rochdale/rc10.htm.