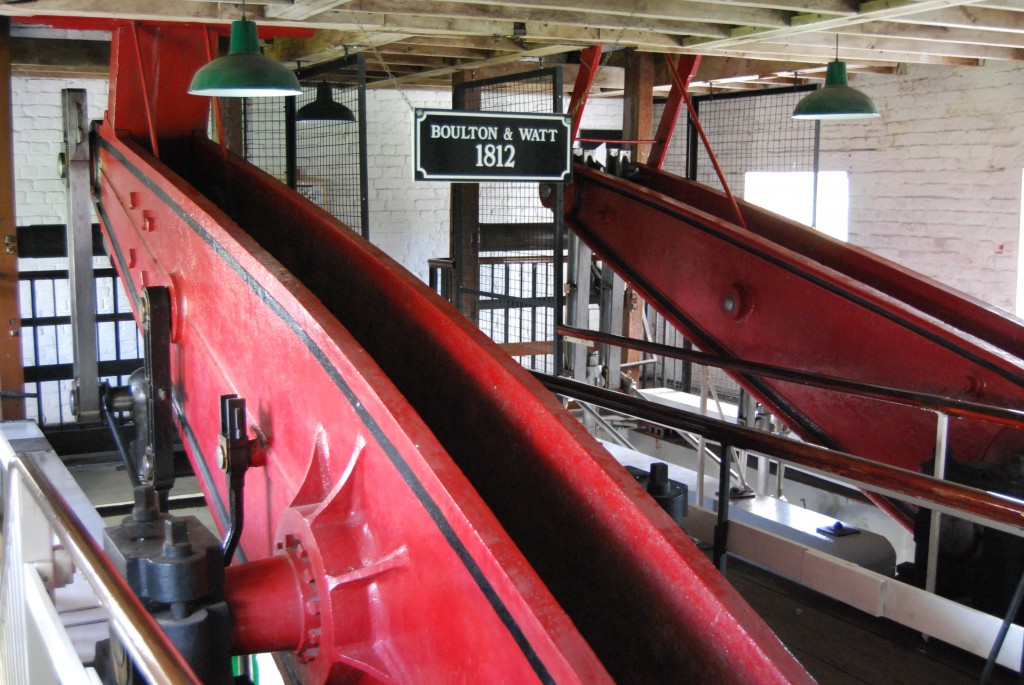 Crofton Pumping Station is a very precious and also a very pleasant place to be, if you can find it.

If you’re sailing on the Kennet & Avon Canal you can’t miss it, because it stands beside the locks as they climb to the canal summit approaching Bruce Tunnel.

If you’re driving it’s near the Wiltshire village of Great Bedwyn and well signposted – once you find Great Bedwyn.

All canals that cross a watershed represent an engineering compromise between climbing and tunnelling.  The Leeds & Liverpool Canal experienced recurrent maintenance problems because of the engineer Robert Whitworth’s recommendation to build Foulridge Tunnel.  The parallel Rochdale Canal suffered from water-supply difficulties following William Jessop’s suggestion of eliminating a 1½-mile tunnel by building more locks to a higher summit.

The Kennet & Avon Canal, like the Rochdale, was built with a very short, high summit pound which contained insufficient water to replace the two lockfuls that each passing boat took away with it.

Crofton Pumping Station was built in 1802 to back-pump water from the locks up to the canal summit.

The original engine was replaced in 1846, and the 1812 Boulton & Watt engine that remains is the oldest working steam-engine still in situ.

Under Great Western Railway ownership the pumping station was neglected, but both engines continued to pump until 1952, when pumping was transferred first to a diesel pump and then to an electric one.

The 1812 engine operated occasionally until 1958, when the top twenty feet of the chimney was dismantled leaving insufficient draught to run the boilers.  Though the steam engines were, in effect, retired the resident engineer, Mr Wilmot, continued to keep them in workable order.

The pumping station was purchased in 1968 by the Kennet & Avon Canal Trust, and a volunteer team returned the 1812 engine to steam, with an electric fan to supplement the natural draught, in April 1970.  Initial teething troubles were resolved in time for Sir John Betjeman to perform the opening ceremony in August.

The second engine was subsequently restored by a team of Rolls Royce apprentices, and returned to steam in November 1971, and the chimney was restored to its original height in 1996-7.

So now you can experience the engines working within the original engine-house, or watch the boats working the locks as the trains pass by alongside the canal, or sit inside the Engineman’s Rest Café eating home-made food and drinking real beer.

The place is a welcoming experience for boaters and gongoozlers alike:  http://www.croftonbeamengines.org.