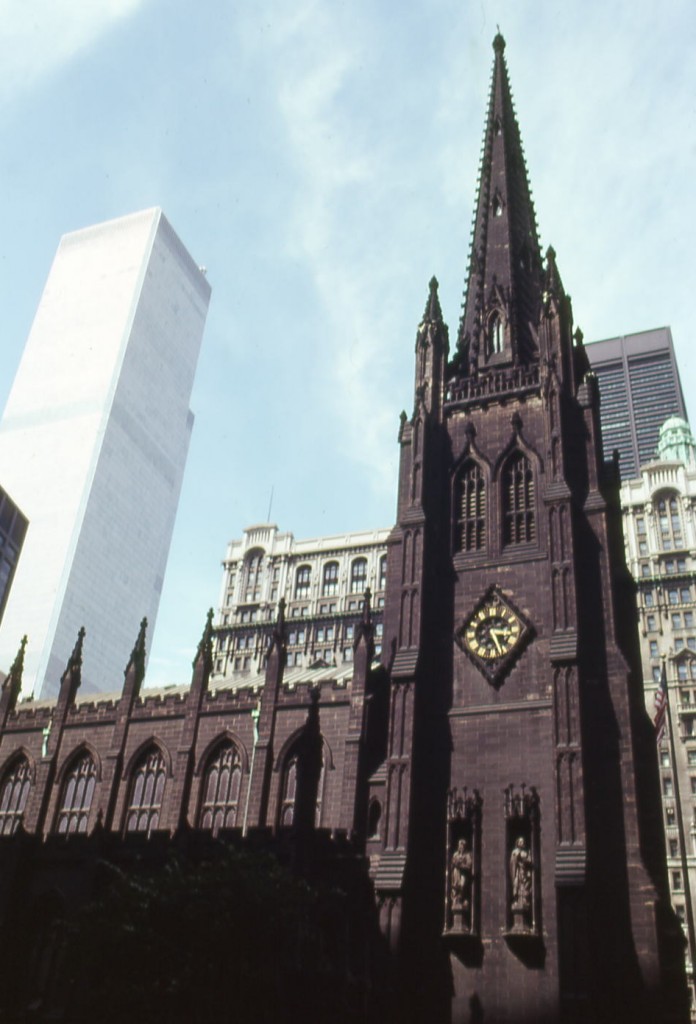 Perhaps the most famous image of Wall Street is the vista westwards along the canyon of tall twentieth-century buildings to the apparently modest-sized Trinity Church, designed by Richard Upjohn and completed in 1846.

This was itself once the tallest building on Manhattan, 281 feet high.

The original foundation dates from a royal charter of 1697, and the present building is the third on the site.

The great wealth of the trustees arose from Queen Anne’s 1705 grant of the land west of Broadway between Fulton and Christopher Streets, the rentals of which have supported widespread endowments, educational institutions and subsidiary chapels.

Upjohn’s church was a significant influence on the architecture of nineteenth-century New York, firstly because it effectively established the Gothic Revival here (though its suspended plaster vault would have offended contemporary English purists such as Pugin), and because it helped to popularise the use of the local brownstone, a material which became synonymous with New York housing in the half-century that followed.