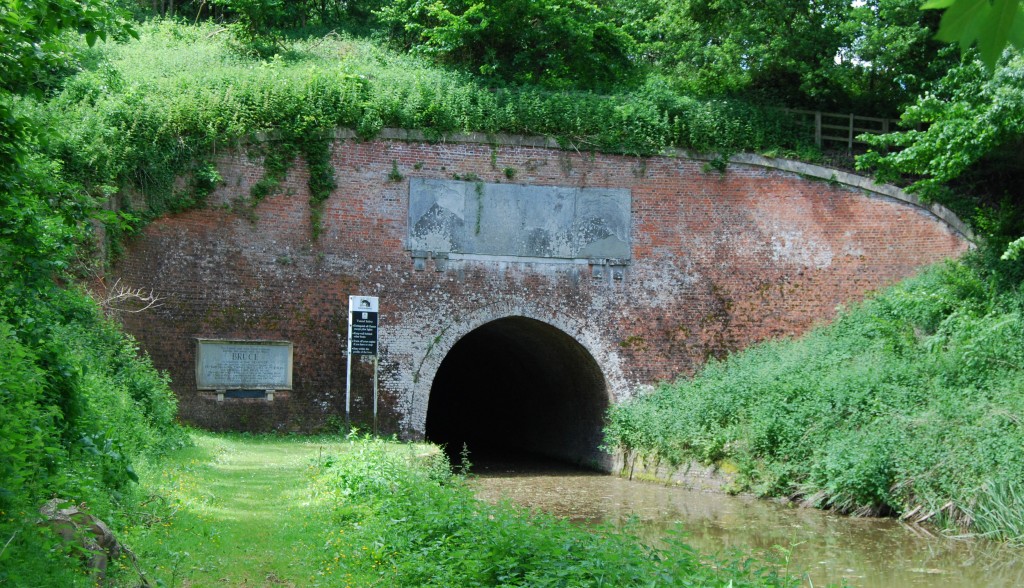 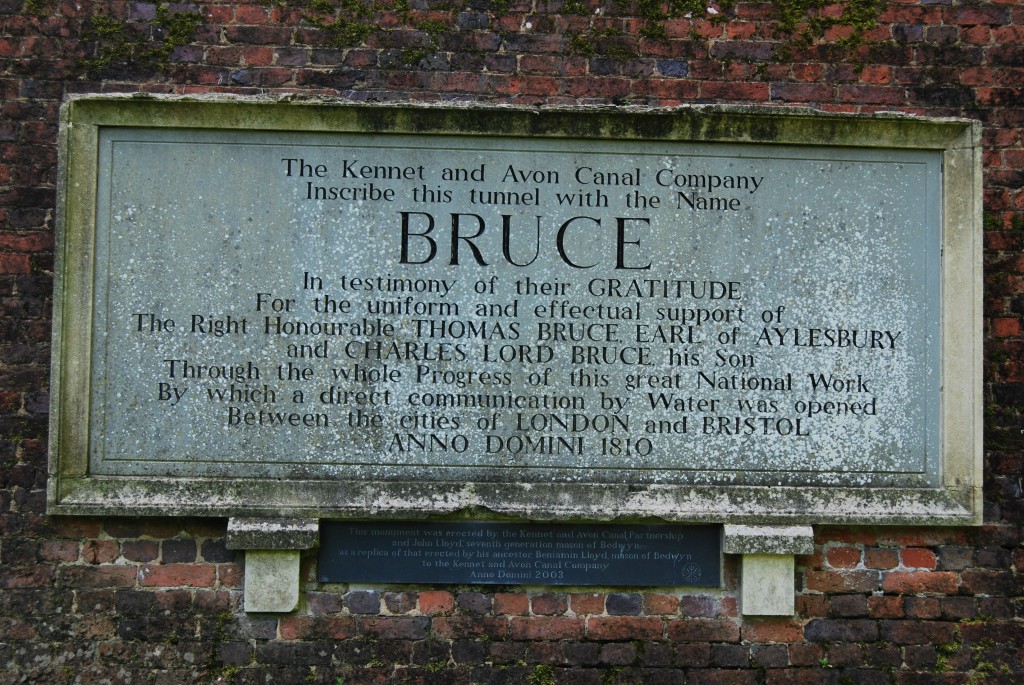 Just as the proprietors of the Kennet & Avon Canal named the Dundas Aqueduct at Limpley Stoke after the company chairman, Charles Dundas, 1st Baron Amesbury, so they named the tunnel at Savernake after the local landowner Thomas Brudenell-Bruce, 1st Earl of Ailesbury (1729-1814).

Bruce Tunnel wasn’t in fact needed.  It was built solely because the Earl declined to have a deep cutting splitting his estate.

It’s 502 yards long, with a wide bore to take Newbury barges, and has no towpath.

Above the west entrance portal is a stone panel carved with an elaborate dedication by Benjamin Lloyd, the canal company’s mason:

between the cities of LONDON and BRISTOL

The inscription is almost illegible, so a modern duplicate, smaller and in a different stone, stands to the side of the tunnel arch, with a pendant: