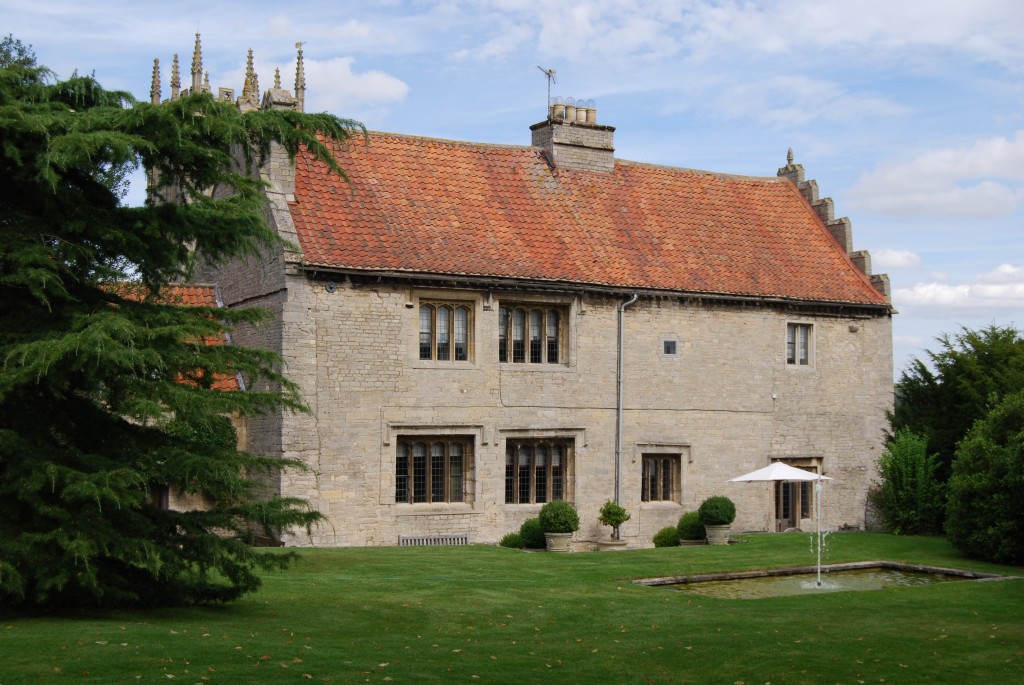 Until a few years ago, most people would have walked or driven straight past Ellys Manor House without giving it more than a second glance. It’s a simple, beautiful vernacular house, distinguished by its crow-stepped gables, in the village of Great Ponton, off the A1 in Lincolnshire.

The crow-stepped gables are, in fact, the giveaway – indicating Dutch influence and high status in a building that dates from around 1520, though there is an older core within.

It was probably built by Anthony Ellys who, like his father, was a merchant of the Calais Staple, and was sufficiently prosperous to rebuild the tower of the adjacent parish church of the Holy Cross which bears his arms.

The manor house was altered – possibly reduced in size – in the seventeenth century,  again altered and extended c1826.

By the early twentieth century it had become two cottages, which were reunited in 1921 by the architect Wilfrid Bond and purchased by the Church Commissioners two years later for a rectory in place of what is now called Great Ponton House, built in 1826.

Small areas of the wall paintings in the east room were discovered in the 1930s, recorded by Dr E Clive Rouse, who returned after the full extent of the paintings had become apparent in 1957, and again in 1961 and 1971.

These paintings proved to be of incalculable importance, “the most complete, extensive and important domestic decoration of [its] date in the country”, described by Pevsner as “a rare English interpretation of French verdure tapestries”, consisting of stylised foliage, flowers, fruit and leaves.  There are groups of trees, their trunks coloured in balancing schemes, within what appears to be an architectural setting of columns, a frieze and some kind of base painted and lined to resemble wood, brick or masonry.  The frieze is decorated with elaborate scrolls, which may have once carried texts.  There are numerous animals – a peacock, deer, and a lion.

They have been gently and sensitively conserved, first by the 1930s rector and latterly by the current owners, Mr & Mrs Clive Taylor, who first opened the house to the public in 2008.

Ellys Manor House is open from Easter until 31st October daily except Tuesdays from 10am to 5pm. Last admission to the house is at 4.30pm:  http://www.ellysmanorhouse.com.

As the manor house is a private home, it may on occasions have to close without prior notice due to other commitments.  To avoid disappointment, please telephone first.