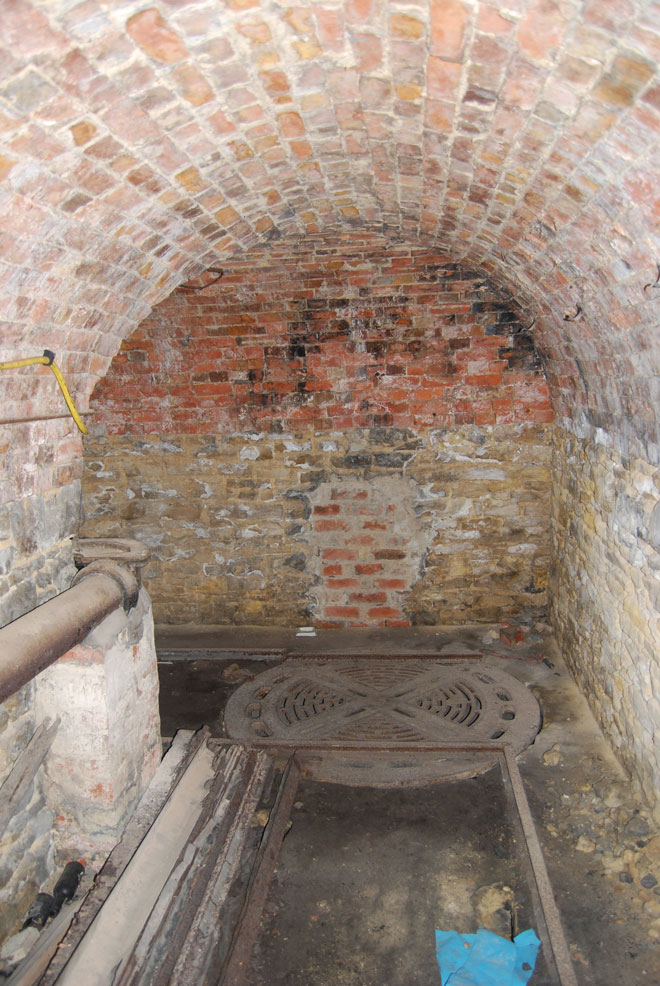 When I first got interested in local history, at the age of sixteen, I and my mates had an obsession with what we believed to be secret tunnels, often attached to Georgian houses in mid-Derbyshire where we lived, only to discover in our maturity that they were in fact land-drains.  Now I’ve found a tunnel under a country house that really has been a secret and is really a tunnel.

I’m particularly glad that Country Houses of Lincolnshire (August 6th-9th 2010) is based in the magnificent surroundings of Harlaxton Manor (Anthony Salvin & William Burn, 1830-7), and whenever I’ve taken groups to Harlaxton I’ve always tried to include Stoke Rochford Hall (William Burn, 1841-5), a fascinating scaled-down version of Harlaxton for an owner who wanted a splendid but manageable Jacobethan house with what were later called all modern conveniences.

Stoke Rochford is even more interesting since the disastrous 2005 fire because English Heritage insisted that almost all of the destroyed Victorian craftsmanship should be meticulously replaced, and the owners, the National Union of Teachers, now have a conference-centre full of brand-new “Victorian” craftsmanship.

When I went to reconnoitre for the 2010 tour Suzi, my guide, casually mentioned a “coal tunnel”, and showed me a virtually intact brick tunnel, complete with iron railway-rails and turntables, to convey coal into the house.

The staff at Harlaxton, now the American campus of the University of Evansville, Indiana, are very proud of their railway-viaduct, with wooden rails, that brought coal and other goods into the attics of the house, and had no idea that the neighbours at Stoke Rochford had in their cellar a similar facility which, it has to be said, is more modest in size but perhaps better preserved.