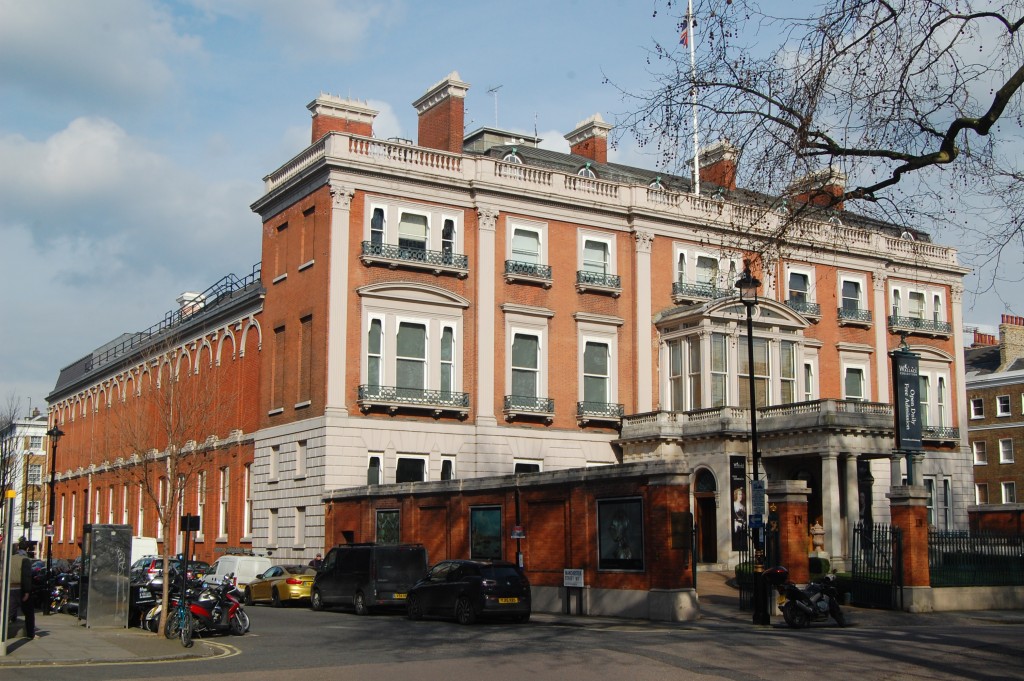 My friend Eric and I, trapped by the rain in a Lebanese restaurant behind Selfridges, made a run for it to the Wallace Collection, which I’d never visited before.

This stunningly beautiful treasure house of art is the product of four generations, the 3rd, 4th and 5th Marquesses of Hertford and the 5th Marquess’s illegitimate son, Sir Richard Wallace Bt (1818-1890), whose widow bequeathed it to the nation.

You could visit the Wallace Collection every day for a year and still find fresh treasures.

I had always regarded Franz Hals’ ‘Laughing Cavalier’ as somewhere between an icon and a cliché until I stood in front of the original and marvelled at the minute detail of the textiles, particularly the lace, and the realistic treatment of his beard and moustache.

The Wallace Collection is open to all, free of charge, 362 days a year:  http://www.wallacecollection.org/visiting.