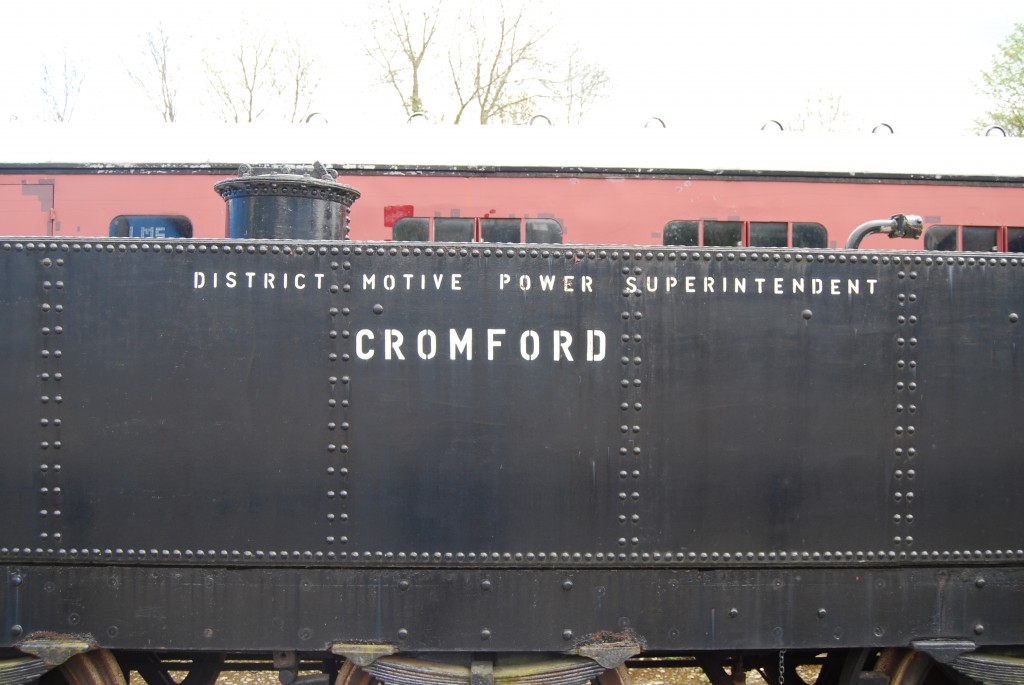 One of the peculiar attributes of the Cromford & High Peak Railway was that it provided water-supply, not only for its own engines but also for adjacent farms and quarries on the high limestone hills that it traversed.

The water was carried along the line in trains of reused locomotive tenders which were filled from a spring at High Peak Wharf.  One of these tenders was rescued when the line closed in 1967 and ultimately ended up in the reserve collection of the National Railway Museum.

This fascinating but unspectacular piece of railway archaeology would hardly attract attention in the main museum at York, and has been loaned to the Ecclesbourne Valley Railway [http://www.e-v-r.com] in Derbyshire, where it’s locally relevant.  There it stands, in a siding, labelled “Cromford” as you’d expect.

Apparently, this is incorrect.  Someone at the Middleton Top Visitor Centre [http://www.derbyshire.gov.uk/leisure/countryside/countryside_sites/visitor_centres/middleton_top/default.asp], which is beside the actual trackbed of the C&HPR, has interviewed the last surviving engine-driver, who is adamant the tender at Wirksworth couldn’t possibly have got up the cable-hauled Middleton Incline.

It has six wheels.  All the tenders based at Cromford had four wheels:  indeed, the six-wheeled versions had their middle wheels removed precisely so they could breast the top of the inclines.

The tender now at Wirksworth must have come from the other end of the line.  Perhaps it should say “Parsley Hay” on the side.

Does this matter?  Certainly not to 99.9% of the EVR’s visitors.  But it shows that to make historical and archaeological facts as accurate as possible, it’s important to listen to living witnesses.  Oral history matters, even if it’s as prone to misinterpretation as written or moving-image evidence.