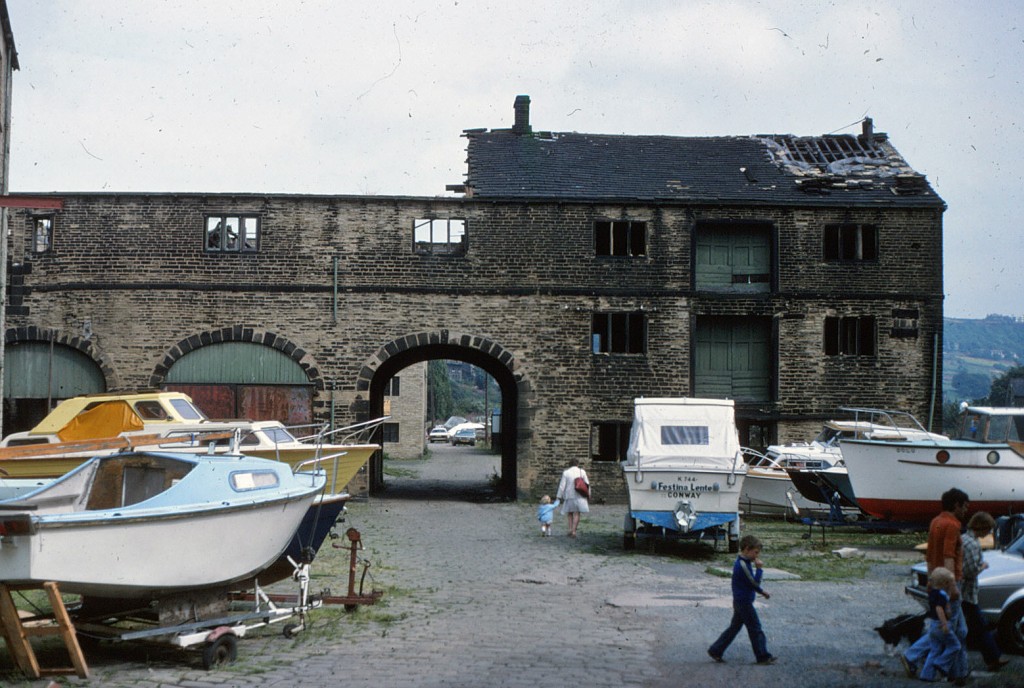 It’s interesting to compare the history and geography of the Rochdale Canal with the Huddersfield Narrow Canal.

The Rochdale is broad, while the Huddersfield Narrow was built narrow to save expense.  The Rochdale climbs over the Pennine ridge without tunnelling:  though its summit is lower than the Huddersfield Narrow (600 rather than 648 feet), it has more locks (92 rather than 74).  Consequently the Rochdale always had more difficulty with water-supply, especially after its reservoirs were sold to the Oldham and Rochdale Joint Water Board in 1923.  The Rochdale has a more circuitous route, yet it carried more traffic.  It also avoided railway ownership:  the Manchester & Leeds Railway (later the Lancashire & Yorkshire) remained a competitor, and the Rochdale Canal Company controlled the waterway until it was transferred to the Waterways Trust in 2000.

It went the way of most commercial waterways in the twentieth century, however.  The last through voyage was in 1937.  Most of the route was formally abandoned in 1952.  Only the Rochdale Nine, the locks connecting the Ashton Canal behind Manchester Piccadilly Station with the Bridgewater Canal at Castlefield, remained nominally open, though I know people who endured a nightmare voyage down that flight in the 1970s.

Indeed, when the motorway network around Manchester was constructed in the 1960s, the course of the Rochdale Canal was considered fair game and was breached in several places. Once the Ashton Canal was reopened in 1974, allowing leisure craft to navigate the Cheshire Ring (covering the Macclesfield Canal and parts of the Trent & Mersey, Bridgewater, Rochdale, Ashton and Peak Forest Canals), the future of the Rochdale Nine was secured.

That made it feasible for the Rochdale Canal Society to begin its painstaking, seemingly impractical campaign to restore navigation all the way from Sowerby Bridge to Manchester.  This was accomplished – the isolated section between Todmorden and Hebden Bridge in 1983, extended to the summit in 1990, reconnected to the eastern waterways at Sowerby Bridge in 1996 and, finally, the western section in July 2002.  Like the parallel scheme to restore the Huddersfield Narrow Canal, the final phase involved the support of the local authorities – in this case Rochdale and Oldham – with financial contributions from the Millennium Commission and English Partnerships to a total of nearly £24 million.

The work involved was prodigious, requiring numerous diversions and bridge replacements, the construction of the deepest canal lock in Britain at Sowerby Bridge, the deepening of Anthony Lock following mining subsidence and the demolition of a Co-operative supermarket in Failsworth.

All this makes possible the South Pennine Ring, navigating the Ashton, Huddersfield Narrow, Huddersfield Broad and part of the Rochdale Canals and the Calder & Hebble Navigation.