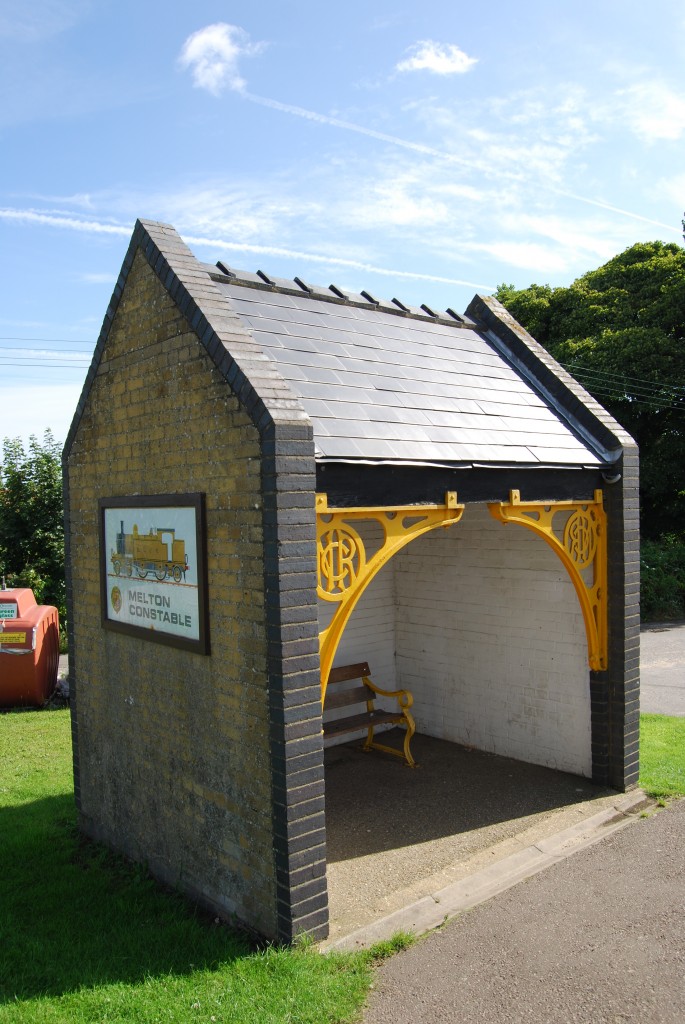 The holidaymaker’s experience of the Norfolk seaside was, until the late 1950s, bound up with the eccentricities of travelling on the former Midland & Great Northern Joint Railway, one of the less likely networks to emerge from the idiosyncracies of Victorian railway competition.

Two of the Great Eastern’s competitors in the national network, the Midland and the Great Northern, recognised that by merging their interests in a string of cross-country lines into and across East Anglia they could reach ports and holiday resorts to capture freight and passenger flows into the Midlands and the North that the Great Eastern simply couldn’t deal with.  They could also provide competing services into London’s King’s Cross, though that route was never as fast as the Great Eastern’s more direct routes.

In 1893 the two companies set up a joint board, with equally shared rights and responsibilities, to manage their East Anglian operations.  Over the following sixty-odd years, the M&GNJR struggled against two particular difficulties – an excess of single-track mileage (over 60%) and heavy gradients across the grain of the landscape.  Normal services were laborious, and holiday specials spent much of their travelling time waiting in loops for approaching trains to clear the route – hence the popular nickname, “Muddle and Get Nowhere”.

The line was distinctive as well as eccentric, and came to be much loved by enthusiasts.  Its locomotives wore a golden ochre livery and its carriages were either built of teak or painted to look as if they were.  Almost the whole of the M&GNJR network, nearly 200 miles, closed down peremptorily in 1959, years before Beeching.

The line from Norwich to Cromer and Sheringham remains operational, and the North Norfolk Railway runs preserved steam and diesel trains between Sheringham and Holt [http://www.nnrailway.co.uk].  Otherwise, much of this extensive railway has completely disappeared – returned to farmland or woodland.

The track between Cromer and Holt is all that remains of the M&GNJR network:  https://www.youtube.com/watch?v=-WIYUJd4q80.

Melton Constable, hub of the system with a four-way junction, workshops and workers’ housing, is no longer recognisable as the “Crewe of North Norfolk”.

A couple of summers ago my friend Terry, who knows a thing or two about railways and lives near Holt, spent a baffling morning showing me what little remains of railway archaeology in Melton Constable.

The most impressive relic is the bus shelter – not up to Ukrainian standards [see http://www.brama.com/travel/busstop.html] – but very dignified, with monogrammed ironwork from the station awning, painted in golden ochre.

The monogram in the ironwork clearly has the letters CNR – Central Norfolk Railway – a company that never actually operated:  the spandrels were cast in anticipation and reused by its successor, the Eastern & Midland Railway, itself an amalgamation formed in 1883.

The 44-page, A4 handbook for the 2011 Norfolk’s Seaside Heritage tour, with text, photographs, maps, a chronology and a reading list, is available for purchase, price £15.00 including postage and packing.  To view sample pages click here.  Please send a cheque, payable to Mike Higginbottom, to 63 Vivian Road, Sheffield, S5 6WJ.