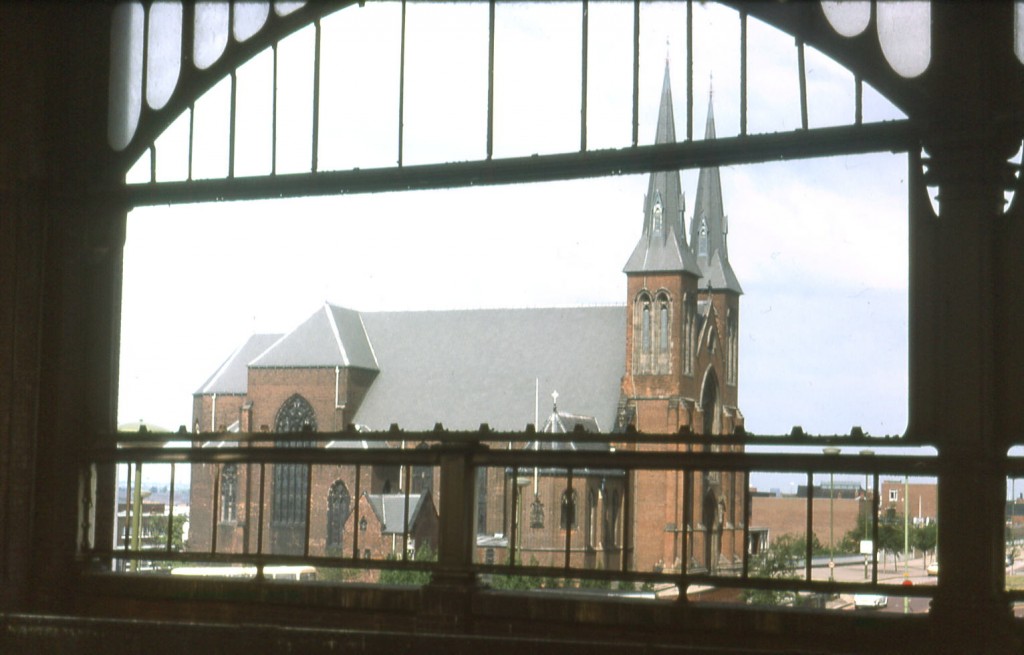 Birmingham’s Catholic St Chad’s Cathedral was conceived in a white-heat enthusiasm following the Emancipation of Britain’s Catholics in 1829.

John, 16th Earl of Shrewsbury gave £1,000 towards the construction-costs and a fifteenth-century brass lectern from Louvain, along with an elaborate set of High Mass vestments.

It was one of the first Pugin churches in which he installed, despite opposition from Cardinal Wiseman, one of the rood screens about which he quickly became notoriously obsessive.

Pugin’s total plan was only fully complete when the Chapel of St Edward the Confessor was constructed to a design by Sebastian Pugin Powell in 1933.

St Chad’s became a cathedral on October 27th 1850.  Edward Ilsley, who had been bishop since 1879, became the first archbishop when the see was elevated in 1911.

During the Birmingham blitz, on November 22nd 1941, an incendiary bomb penetrated the south-aisle roof and burnt a radiator which extinguished it.  This remarkable incident is commemorated in the replacement roof-panel, which is marked “Deo Gratias”.

This romantic North German structure once towered above Birmingham’s Gun Quarter until 1960, when the surrounding buildings including Pugin’s Bishop’s House across Water Street were demolished to make way for a bleak stretch of the inner-ring road.

In 1967 the rood-screen was taken down and transferred to the Anglican church of Holy Trinity, Reading and in the same remodelling the lectern given by Lord Shrewsbury was sold to the Metropolitan Museum of New York for £105,000:  https://www.metmuseum.org/art/collection/search/471867.

St Chad’s is still an awe-inspiring place, but it’s no longer seen as Pugin visualised it.

A guided tour of St Chad’s Cathedral is included in the Pugin and the Gothic Revival (September 18th-22nd 2019) tour.  For details please click here.