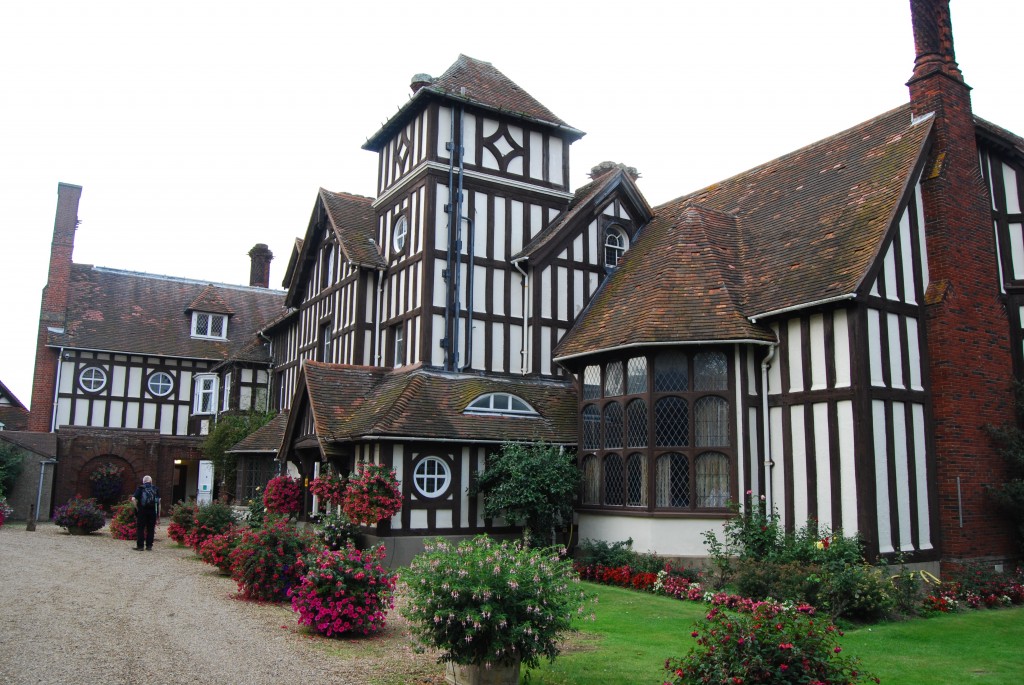 Sir Edgar Speyer (1862-1932), was an exceptionally rich and exceptionally cultured man.  He came from a German Jewish family that ran finance houses in Germany, Great Britain and the United States and he took British nationality in 1892.  As such, he organised much of the capital that enabled the Chicago transit tycoon Charles Tyson Yerkes to establish the deep-level underground railways that became London’s Bakerloo, Northern and Piccadilly lines.  After Yerkes’ death in 1905 Edgar Speyer became chairman of Underground Electric Railways of London.

He used his wealth to further his enthusiasms, funding Henry Wood’s Promenade Concerts from 1902 to 1914, the Whitechapel Art Gallery (1901) and Robert Falcon Scott’s ill-fated 1910-12 Antarctic Expedition.

He was one of the millionaires who populated the quiet village of Overstrand on the north Norfolk coast at the beginning of the twentieth century.

He commissioned the prestigious architect Sir Arthur Blomfield to design Sea Marge (meaning “on the margin of the sea”) and incorporated the neighbouring property, The Gables, after the death of its owner.

The year the house was completed, 1902, Edgar Speyer married the American violinist, Leonora von Stosch (1872-1956), for whom he provided Stradivarius and Guarneri violins.   Speyer became a baronet in 1906 and a Privy Councillor in 1909.

Sir Edgar and Lady Speyer became victims of intense anti-German prejudice during the First World War, such that Speyer offered to resign from the Privy Council and revoke his baronetcy, offers that were summarily rejected by King George V and the Prime Minister, Herbert Asquith.  Accusations ranged from serious charges of trading with the enemy to suggestions that he was using Sea Marge as a base from which to signal to German submarines.

Post-war in camera investigations into Speyer’s wartime conduct, however, concluded that through his international trading operations he had practically collaborated with the Germans.  Sir Edgar and Lady Speyer’s and their daughters’ British nationality was revoked:  he was removed from the Privy Council, though allowed to retain his hereditary baronetcy.  He sold up all his British business interests and his London house, and moved to New York.

Sea Marge remained in the Speyers’ hands until Sir Edgar’s death in 1932.  The purchasers, Mr and Mrs Gibbons, moved into the Coach House, and sold the main house on.  It opened as a hotel in 1935:  after closing in 1955 the property was for long neglected, but has now been fully restored and once more operates as a hotel:  http://www.seamargehotel.co.uk.