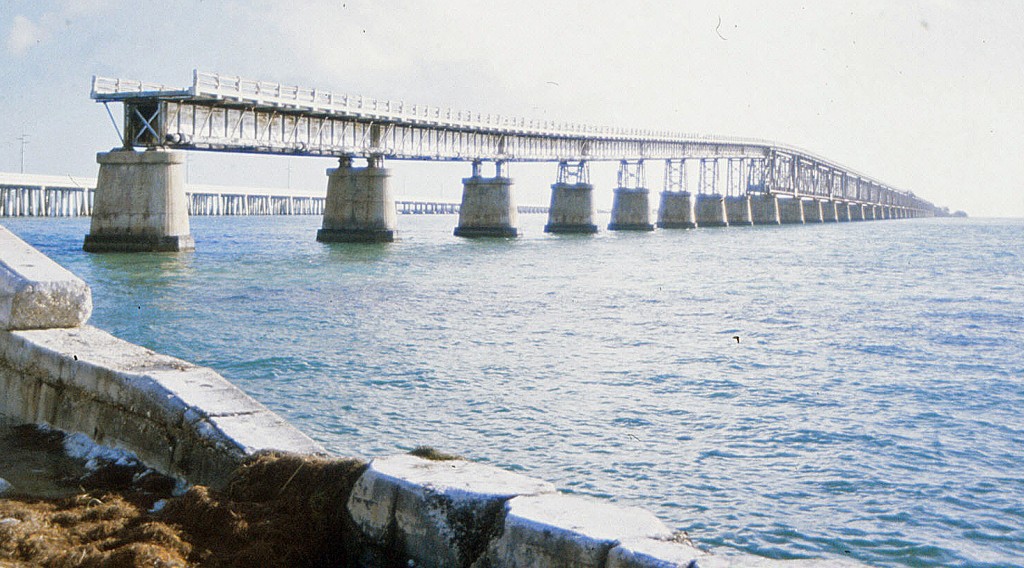 The year I spent Christmas in Florida, it was the only state on the US weather map that wasn’t snow white.

I pottered about in shorts and a T-shirt in glorious sunshine, exploring the extraordinary archipelago and the highway, US1, that leads to the southernmost point of the United States, accompanied by what was then Conch FM, a wonderfully smooth jazz radio-station that, with a characteristically American sense of excess, produced thirty solid hours of Christmas jazz over Christmas Eve and Christmas Day.

US1 hops across the islands following the route of Henry Morrison Flagler’s Florida Overseas Railroad, which was closed down by the Labor Day Hurricane of 1935 and afterwards converted into the Overseas Highway.

“Bahia Honda” means “deep bay”, and because of the depth of the channel, 24 feet at its deepest, the bridge, 5,055 feet – almost a mile – long, has steel trusses, through which trains ran on a single track.

There was no way of widening the trackbed for road vehicles to pass, and a mile-long bridge couldn’t possibly operate as a one-way system controlled by traffic lights.

The solution was to lay a roadbed on top of the truss with ramps at either end, providing a precipitous mile-long driving experience 65 feet above the sea.

The Bahia Honda Bridge remained part of the only way in and out of Key West until it was replaced by a concrete viaduct on a different alignment in 1972.

It remains, unmaintained and gradually deteriorating, a haunting reminder of a time when the only way to Key West was on a train, gingerly picking its way at a maximum speed of 15mph across the ocean.