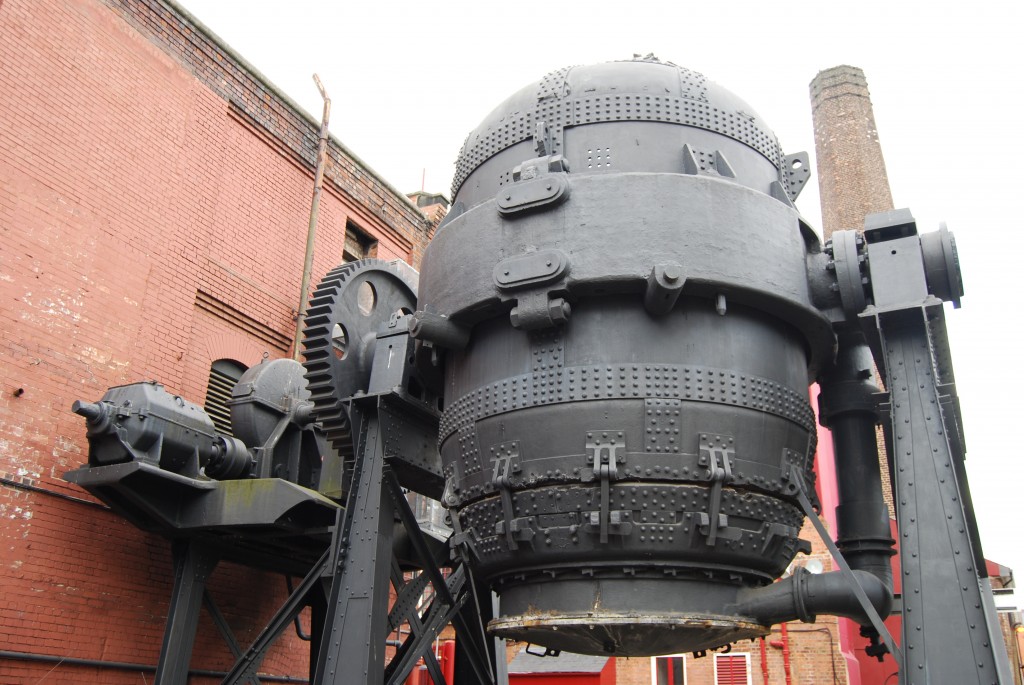 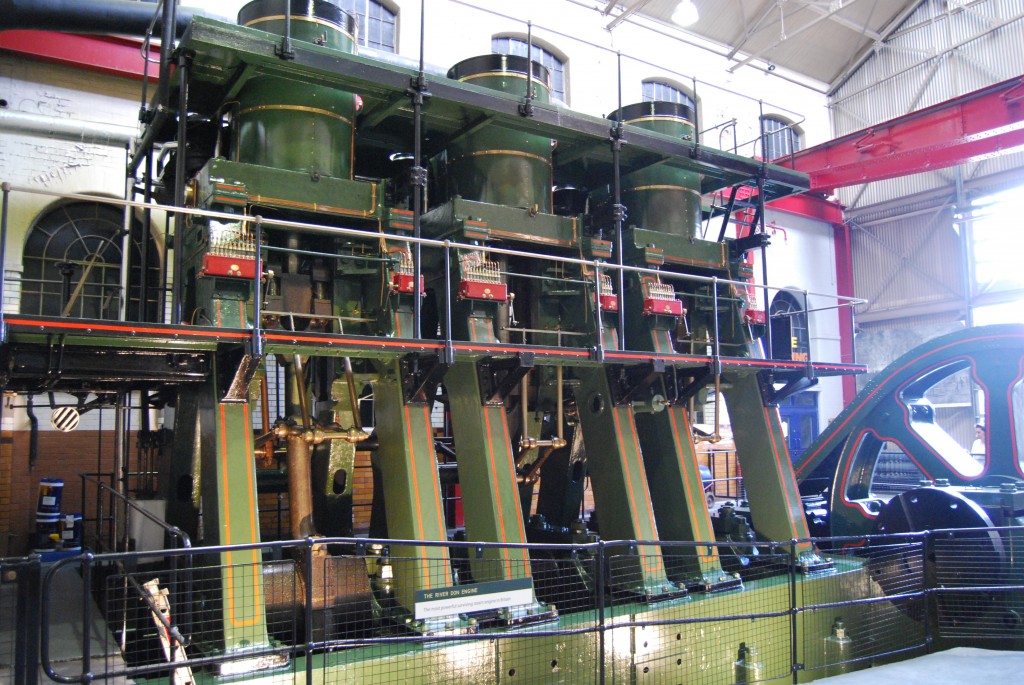 On its course towards Lady’s Bridge in the centre of Sheffield, the River Don splits:  water is taken from the natural course and sent down a mill race, originally built for the town’s medieval corn mill, creating an artificial island that was later named after the town armourer, Kellam Homer, who worked here just before the Civil War.

It has always been an intensively industrial spot, its furnaces, forges and workshops initially powered by water, later by steam.

When Sheffield’s tramways were first electrified in 1899, the Corporation power station was located at Kelham Island, and its buildings now form the Kelham Island Industrial Museum, opened in 1972, telling the story of Sheffield’s industries through displays and exhibits, supplementing the historic sites at Abbeydale Industrial Hamlet and Shepherd Wheel.

The displays highlight the continuing variety of Sheffield manufactures, from cutlery to liquorice allsorts, exhibiting the fast-disappearing skills of the “little mesters”, and providing a home for England’s largest surviving Bessemer Converter, a working Crossley Gas Engine and the mighty 400-ton, 12,000hp River Don Engine, built by the Sheffield firm of Davy Brothers to roll armour-plate up to fifteen inches thick.

It’s also the home of the Ken Hawley Collection, the result of a lifetime’s assiduous acquisition of tools, archives and moving-image records that saved for posterity the vanishing crafts of the “little mesters” and the larger engineering firms that have disappeared since the Second World War.  Ken Hawley MBE (1927-2014) accumulated irreplaceable artefacts through his business connections in the tool trade, and by enlisting historians and engineering enthusiasts over six decades.

Kelham Island is now famous for its beer.  The Fat Cat public house, with its Kelham Island Brewery, is within sight of the museum, and around the corner is the Kelham Island Tavern, a similarly celebrated home of real ale.

The Kelham Island Industrial Museum is a destination in the itinerary of the Sheffield’s Heritage (October 2nd-6th 2017) tour.  For details, please click here.