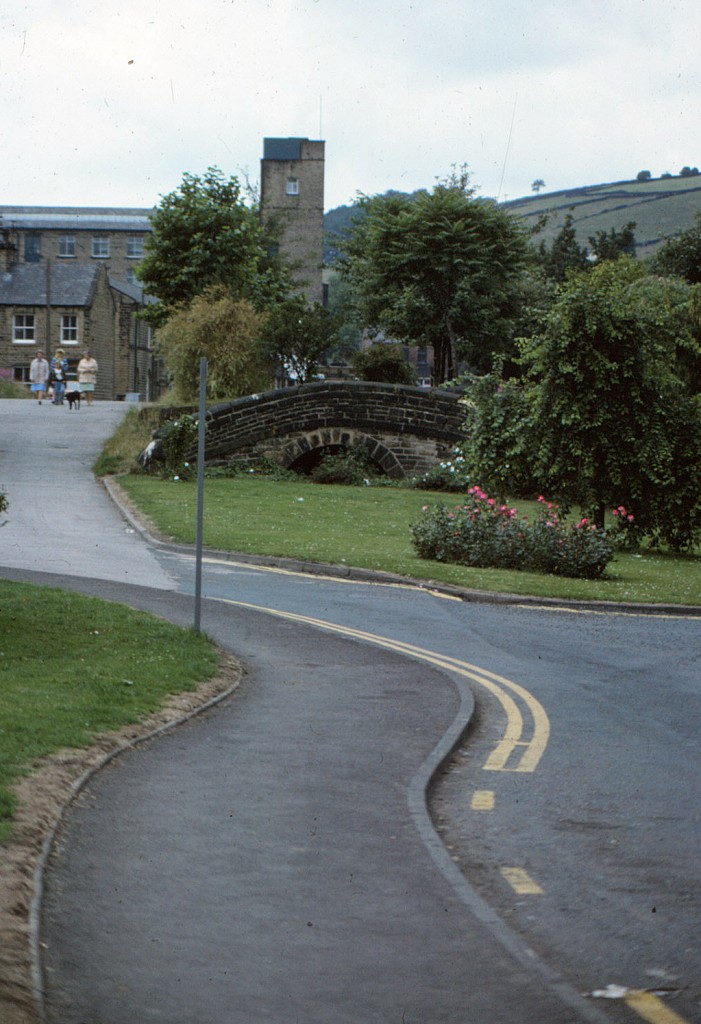 The building of the Huddersfield Narrow Canal is an epic story – nearly twenty miles of waterway spanning the highest canal route in England across a summit 648 feet above sea level, by means of 74 locks and the Standedge Tunnel, longest in Britain by far at 5,698 yards.  The canal’s construction was marred by the failure of two aqueducts and two reservoirs.  Begun in 1794, it eventually opened in 1811, six years after the death of its engineer, Benjamin Outram.

Owned and duplicated by the London & North Western Railway from 1848, it declined before and after it was legally abandoned in 1944.

Indeed, when I first knew it in the late 1970s, whole stretches of waterway had been filled in and some built over.  Most of the locks on the eastern Colne Valley stretch were cascaded.  It seemed that boats would never again climb to Standedge and penetrate the Pennine massif.

In fact, from 1974 onwards, a group of enthusiasts, the Huddersfield Canal Society, was steadily building momentum to make that dream possible.  A collaboration between the Society and three local authorities, Kirklees, Oldham and Tameside, together with British Waterways, engineered a restoration programme costing £30 million, most of it contributed by English Partnerships and the Millennium Commission, to restore the locks and, where necessary, reroute and regrade the canal.

A visitor-centre was opened in the transhipment warehouse beside the Marsden portal of Standedge Tunnel, from where trip boats make a short journey into and out of the tunnel.  Once a month, on the first Saturday, it is possible to go all the way, so to speak – though you have to find your own way back, on foot or by bus.  Navigating the full length of the tunnel takes three hours:  http://www.penninewaterways.co.uk/huddersfield/standedge6.htm shows the view from the bow of the boat.

Serious boaters can travel through under their own power three days a week.  Book early to avoid disappointment at http://www.standedge.co.uk/tunnel_trips.htm.