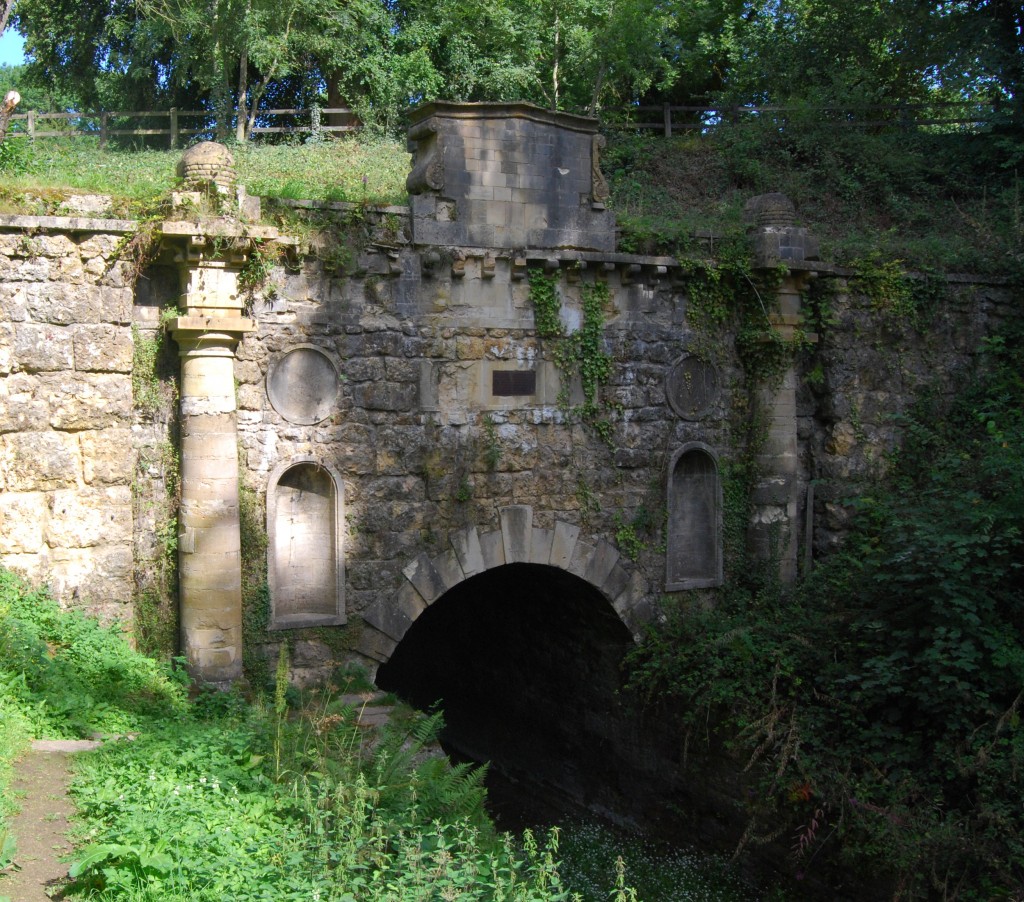 Sapperton Tunnel on the Thames & Severn Canal epitomises the canal-builder’s dilemma about crossing a watershed – whether to dig an expensive tunnel to save lockage, or to build locks that demand a constant and abundant source of water.

Sapperton Tunnel cost a great deal to build, and leaked like a sieve.

The engineer Josiah Clowes is thought to have worked on the 2,880-yard, nine-foot-wide Harecastle Tunnel on the Trent & Mersey Canal for James Brindley, and Sapperton Tunnel was longer, at 3,817 yards, and was built to broad-canal dimensions without a towpath.  At the time of construction it was the longest tunnel so far built.

Work began in the spring of 1784 and was completed in 1789:  the first boat went through on April 20th that year.  Defects in the structure led to a ten-week closure only a year after the opening.

The original surveyor of the Thames & Severn Canal, Robert Whitworth, had observed, on a frankly superficial inspection, that the summit level ran “over some bad Rocky Ground…worse than [he had] even seen any Canal cut thro’ for such a continued length”.

In fact, the line of the tunnel alternately passes through impermeable oolite and the unstable, permeable clay known as fuller’s earth:  http://www.cotswoldcanals.com/pages/locks-bridges-structures/sapperton-tunnel.php.

The geologist John Phillips (1800-1874), in his biography of his geologist uncle Memoirs of William Smith (1844), wrote scathingly about the fundamental weakness of the line:

Such canals…are like the buckets of the Danaids, and with the water goes the profit.  In vain the Thames, raised from its source by a mighty engine, is poured into such a thirsty canal;  the flood passes into the gaping rocks below, in spite of renewed puddling and continual repairs.

The last boat went through Sapperton Tunnel on May 11th 1911 and almost the entire canal was abandoned in 1927.

The Cotswolds Canal Trust has been working since 1975 to restore the entire length of the Thames & Severn Canal, and the reopening of Sapperton Tunnel forms part of the third and final phase of their project:  http://www.cotswoldcanals.net/tunnel.php.